Having a tablet is quite dangerous and so convenient all at the same time, let me tell you.

Dangerous as I carry it into bed, ‘browsing’ online stores turns into full fledged shopping. Rash decisions are made and purchases are bought. But it’s so convenient, and light weight compared to a laptop or duh… a computer. Like I’d carry that around in my lap all day.

I just got a check up at my Doctor’s office since I haven’t had one in about 6 years. I know. Bad. I never go because I’m never sick, and her office is all the way out in Guelph. It’s far!

While I was in the waiting room, rather than flicking through those dirty germy magazines from 5 years ago, I brought my tablet. I didn’t take photos of myself using it in the quiet office. Because my Blackberry makes this loud “kaahcchuhh” sound when I snap a picture. It would’ve been weird. Let’s just imagine, shall we? Here’s a prettier visual than a scary doctor’s office.

I’ve loaded up my Nexus 7 tablet with a bunch of games to play, when I’m “stuck” in places like the Doctor’s office. Definitely enjoying Candy Crush, and Minion Rush.

My doctor commented on my boots. Made me feel awesome. Do you like them?

I bought these suede Tahari boots a few years ago from Winners (like Marshalls or TJ Maxx) and I’ve kept them in tip top shape and have never dared to wear them once outside, if the weather was iffy. Mind you, the very first time I did wear them I spilled hot chocolate over the toes. Thankfully my Boyfriend is the stain remover king and got it out while I had to sit in the other room, rocking back and forth trying not to pester him asking if the stain came out.

I usually love to pair my fancy heel boots with black pants and fall earth tone colours. I’ve been told that those colours look best on me and I have to agree. ;)

Can’t go wrong with wearing a simple top, with some jeans and these boots! Am I right or am I right? Don’t answer that. Leanne will probably tell me to head to the legion and go play bingo in my cowboy suede boots.

Do you have a favourite article of clothing, or shoes?

What is your favourite season?

What colours do you tend to wear the most?

How often do you shop online?

When’s the last time you saw your Doctor?

For frig sake I am some sick of this cough. I still have a bit of it and this is going on day 9 or 10. I’ve lost count. I spent a ton of money on cough med’s that did nothing since it was a viral infection, and not bacterial. I thought it would soothe my cough in the night time at least, when it got the worst. No dice. $30+ gone in cold pills, day time cough syrup, and nyquil. Oh well, ifÂ The Guy catches it, maybe he can take some of the meds. Ha. 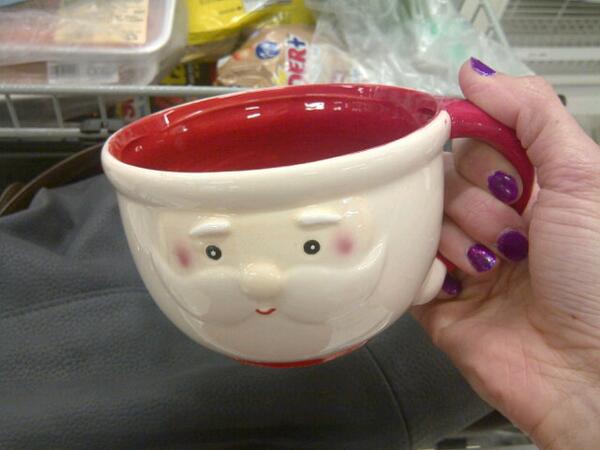 Last night I swear we were being attacked by nuclear bombs going off. It sounded like gun shots outside. So like a smarty pants I ran outside in my PJs with Alfie in tow to see what the F was happening. It was a ton of fireworks put on by the city, just 500 feet from our balcony. It was incredible, so loud I couldn’t hearÂ The Guy talk to me, and Alfie was frightened to death with his nails dug into my neck. It was so long, too. Like a 20 minute show. That’s never happened before, but I guess since it was the anniversary of the winter wonderland thing in the park, they decided to celebrate. Thanks for the notice. I’m glad I wasn’t one of the little old ladies in my building. Bet their hearts skipped a few beats hearing the first few fireworks going off. 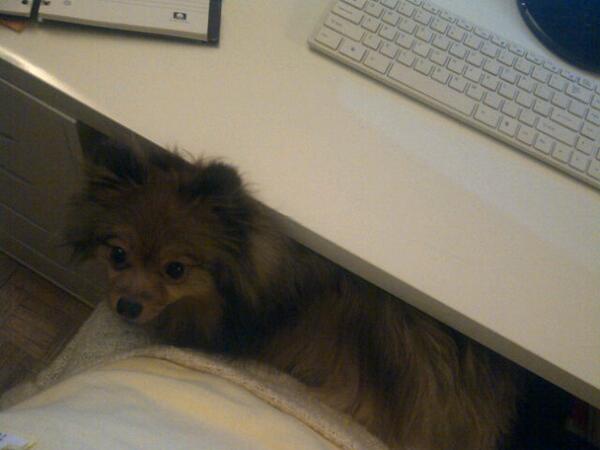 Daily, How I Style, Photos

What’s In My Purse?

I figured since last week I wrote a What’s In My Make Up Bag post, I thought I’d continue the trend and let you see what I carry in my purse. My post needed to be updated since I did a What’s In My Purse back in May of last year.

I tend to swap out my purses from week to week, so this week I’ve been using my navy blue ASOS bag. Next week I could resort back to my fun colourful Fossil bag.

I think this purse looks so cozy and ready for a snow fall, doesn’t it? Paired with my Newfie mittens and a cuppa joe. We’re grand. Let. It. Snow.

So, let’s take a peek inside my purse where I show you what I carry around with me on a daily basis.