What’s on my Christmas Wish-List?

For the past number of years I didn’t have a Christmas wish-list. But now that money is tight, I haven’t been shopping as frequently as I usually would. I could say that’s a blessing in disguise, wouldn’t you? Having said that, I have been lusting after a number of things this year and this is what’s really on my Christmas wish list!

Wow, it’s been close to a month since I last checked into the good ol spiffykerms blog.

We are now in NorCal and arrived last Monday. I’m currently at the local starbucks because we don’t have internet set up at home yet. I feel like a real blogger now, blogging at some local coffee shop….in California no less. Ha!

The whole blogging on an iPad is very finicky, and taking a lot longer than it should.

Luckily I have a friend here already that I met in 2011 at BlogHer’11 but I’ve known her online over ten years. She’s less than 5km away, and she has been a god send. I’d link Jessica’s website but that’s getting too technical. Her blog is over at teamwiking.com.

I’m all for not blogging when I don’t have anything to say, hence the lack in posts this week.

I was too much of a wuss to stand outside in the snow this week to take my outfits posts, and too hyper to remember to take them in a full length mirror at the bathrooms at work. I’m sure you all really care. So instead, I’ll be posting random bits about my week. Yay!I put my bra on upside down earlier this week. I thought it was going to be “one of those days” but I still ended up being quite the character this week. Counting down the days until I leave for Newfoundland. We’ll be on an air plane soon enough!I had 3 peppermint white mocha’s from Starbucks this week. #PeppyMoXo‘s get in my belly! Already there folks, already there.

When I’m not drinking peppy mo’s I’m drinking tea out of my Santa mug that I picked up pretty much for everyone on my list this year. They’re adorable. Like my “christmas” (more like bridal) nails?

Earlier this week I went with The Guy to watch him at his master’s swim class. I didn’t realize how boring it would be watching people swim.

So I took selfies, naturally.

I wore my McDonalds oversized tote as a purse. It’s way too big to use as a purse.We whipped out Alfie’s winter coat out of storage, finally. He’s wearing a Canada Pooch jacket (that I reviewed a while ago). He does flips and rolls around in the snow with it on, it’s both adorable and hysterical at the same time.

Earlier on in the week, we gave him his semi annual bath. It was a team effort, despite his little size. He wasn’t squirmy but I would rather have four hands go at him, than just two. I scrubbed him down with some dog shampoo and once I wanted to rinse him, I got The Guy to hold the shower head while I rinsed everything out. Then of course we couldn’t not document his drowned rat look. I forget how tiny the little guy really is. He has SO much fur.

We also went to McDonalds for supper the other night. Mmm. 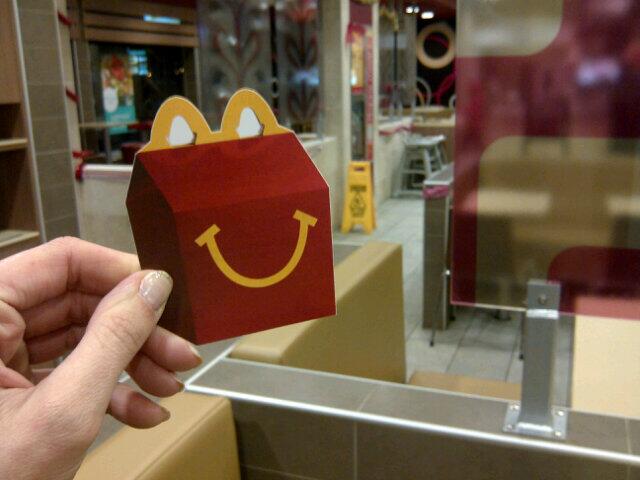 Still wearing my oversized tote as a purse. Not the greatest idea. It’s huge.

God help me… or this child. But I’m now a god mother! Amazing right?

She’s the daughter of a long time friend of mine. We met in Grade 9. Remember her? She’s the one who was moving back home (to Newfoundland), from South Korea and I met up with her in Toronto of all places between her move.

She had her baby on Wednesday and the little sweetie didn’t wait until I was home so I could visit the trio at the hospital. She was officially due on December 26, but she came a little early. Look at her sweet little chunker cheeks and her little lips.

I need to get a photo of me holding my little buddykins when I go home. Cannot wait to see and hold her. Allyson is the first of my friends to have a baby! I saw Allyson again when I flew home for Thanksgiving.

One more thing — I don’t have many guest blog posts going up on my blog while I’m away over the Christmas. So I want to wish you now, a very Merry Christmas and I’ll see you in the New Year!!!

p.p.s: Check out my friends blogs if you want to read some posts over the holidays. I won’t be updating, but they may?!